0 comments Share
You are reading
Morphite Review: A Mysterious Journey Through Space
Spread the love

Morphite is an open-world exploration game developed and published by Crescent Moon Games, known for their multiple mobile titles released for iOS and Android. Taking on the role of Myrah Kale, you will journey through the universe exploring diverse worlds and overcoming multiple challenges. Myrah Kale is a young girl who has always wanted more. Who yearns to explore and discover, finally going out into the open world to support her family. Along the way  Myrah finds out she is no ordinary girl. She goes out in search of who she is and what she means to this rare material Morphite.

As you travel along with Myrah you too will be wondering what mysteries surround her. Myrah isn’t the only one looking for help. There are those along your travels who need the help of a brave young woman. Help them and they will reward you and bring you closer to the truth. From the start of Morphite you’ll be amazed by the simple style and size of this universe. Guided by Mr. Mason, Myrah’s surrogate father, the player will be given the tools to explore and survive. With a fully voiced main story, you will discover the secrets of the rare and valuable Morphite and its connection to Myrah.

Not all planets have hostile life

Once you reach the main menu of Morphite, you’ll be greeted by the first taste of its score. A slow, somber tone plays while you ride through the universe. Coupled with the low-poly style of the environment, it’s a game that’s easy on the eyes and ears, allowing the player to sit and relax while also becoming fully immerse. 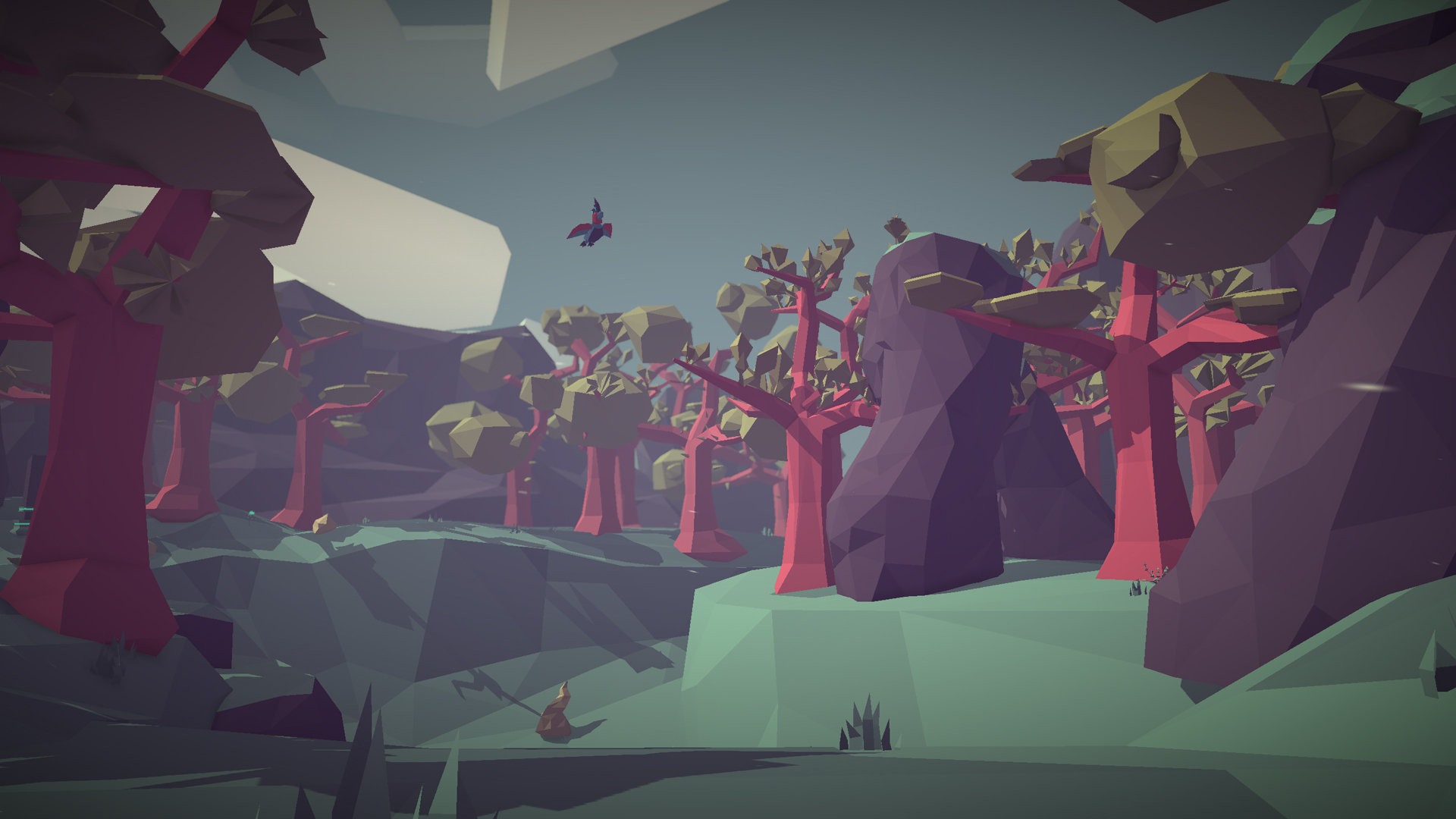 The low-poly style really is beautiful

After a brief moment with some weapons training and tool discussion you’ll be sent into space to begin your journey. It’s after a short while that you’ll be met with the game’s platforming elements once you reach your first planet. Using your weapons and scanner you’ll begin to get a feel for how the worlds work. Eventually the player will happen across Conversion Chambers, which are  used for upgrading your equipment. By using the resources you’ve gathered along your trips you can upgrade you suit, boots and your visor. Upgrades are a necessary part of the journey, as you’ll encounter planets that could have environmental hazards such as heat. So be sure to gather as many resources as you can to travel to a wider range of worlds. 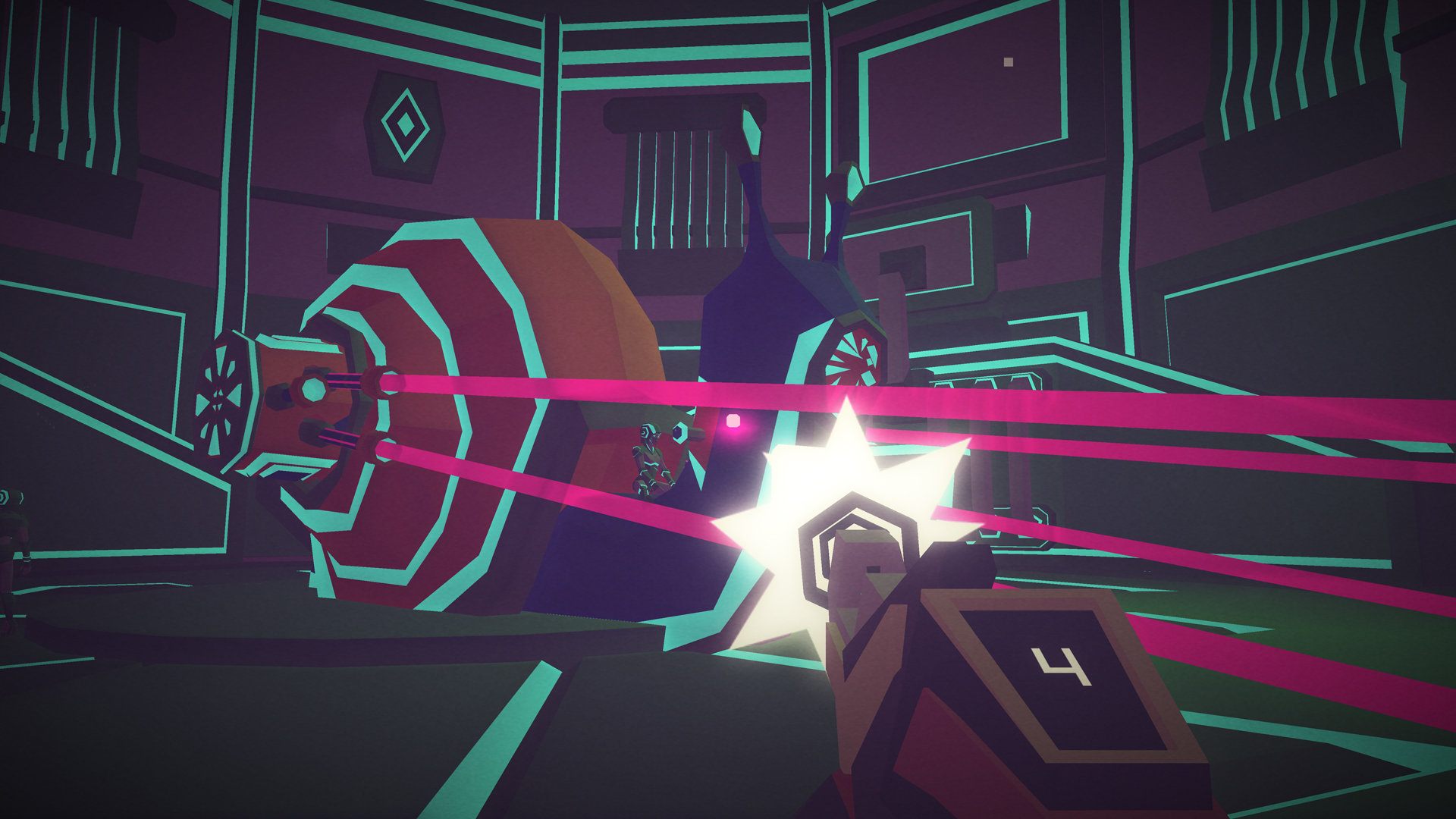 Every planet has resources on it that may be difficult to find on other planets. No one planet will have every kind of materials, which encourages the player to travel. You can obtain resources in a multitude of ways, from destroying enemies to destroying deposits found scattered around the area. You can also complete side quests to receive rewards from NPCs. It’s important to maintain your gear because some resources are only found on certain types of planets.

Using Myrah’s spaceship, you can blast off to new and exotic worlds, but first you need that gas money. Traveling to distant star systems costs fuel. How far away the system is determines the amount of fuel required to get there. Every system has a station where more fuel can be purchased using chunks, the currency of Morphite. As you fly through space you may also be met with real-time space combat as others want what you have and they’re not asking nicely. Space can be a dangerous place as you will encounter new enemies and bosses as you explore new worlds. Some worlds are also randomly generated so you may never know what to expect.

A downside of these worlds is that they aren’t actually worlds, but walled in sections of the planet. You can also find new weapons and vehicles to aid your travels. Using the star system on your ship you can travel easily as prompts give you information about the planet you select, which is very reminiscent of the galaxy map from the Mass Effect series. The only drawback is that you can’t actually fly your ship. The player will pick a star system and then is automatically flown to it through an animation on-screen. It would have been nice to have a little more freedom in the space travel aspect of Morphite.

Help others and they will help you

The Morphite universe is very large. You could spend hours traveling around to planets and still not see everything there is to see. Players feel that sense of immersion and adventure as they try to survey and survive on these alien worlds. With the warm color scheme and atmospheric music, the player can feel carefree in these new and exciting worlds. A simple game, Morphite is very easy to understand, attracting a wider range of players who want to travel through space and discover more.

Morphite is a good game, but it has its flaws. Morphite labels itself as an open world title but it should use that lightly, as many open world features are actually simulated. The areas in which you explore are limited and not enough random encounters happen in order for things to shake up. You drop in, get loot, scan items, fight beasts and bail out. It gets repetitive after a while. The game does offer up different worlds, so there is variety, but once you’ve encountered every type, that’s all there is to it. The game is a relaxing one with its easy visuals and quiet tone. Morphite does share many similarities to the Metroid Prime series. Whether it be the upgrades or the way you pick up health and ammo. The game has its moments when it can fully immerse you, but in other times it leaves you longing for more. For what it is, and its price point, Morphite is definitely worth playing.

Justin Howard is a Journalist for Mammoth Gamers who loves games and is a sucker for a good game bargain. When not playing games he's either watching series or sharing memes.

E3 2019 - Creature In The Well Preview: An Upcoming “Pinbrawler”